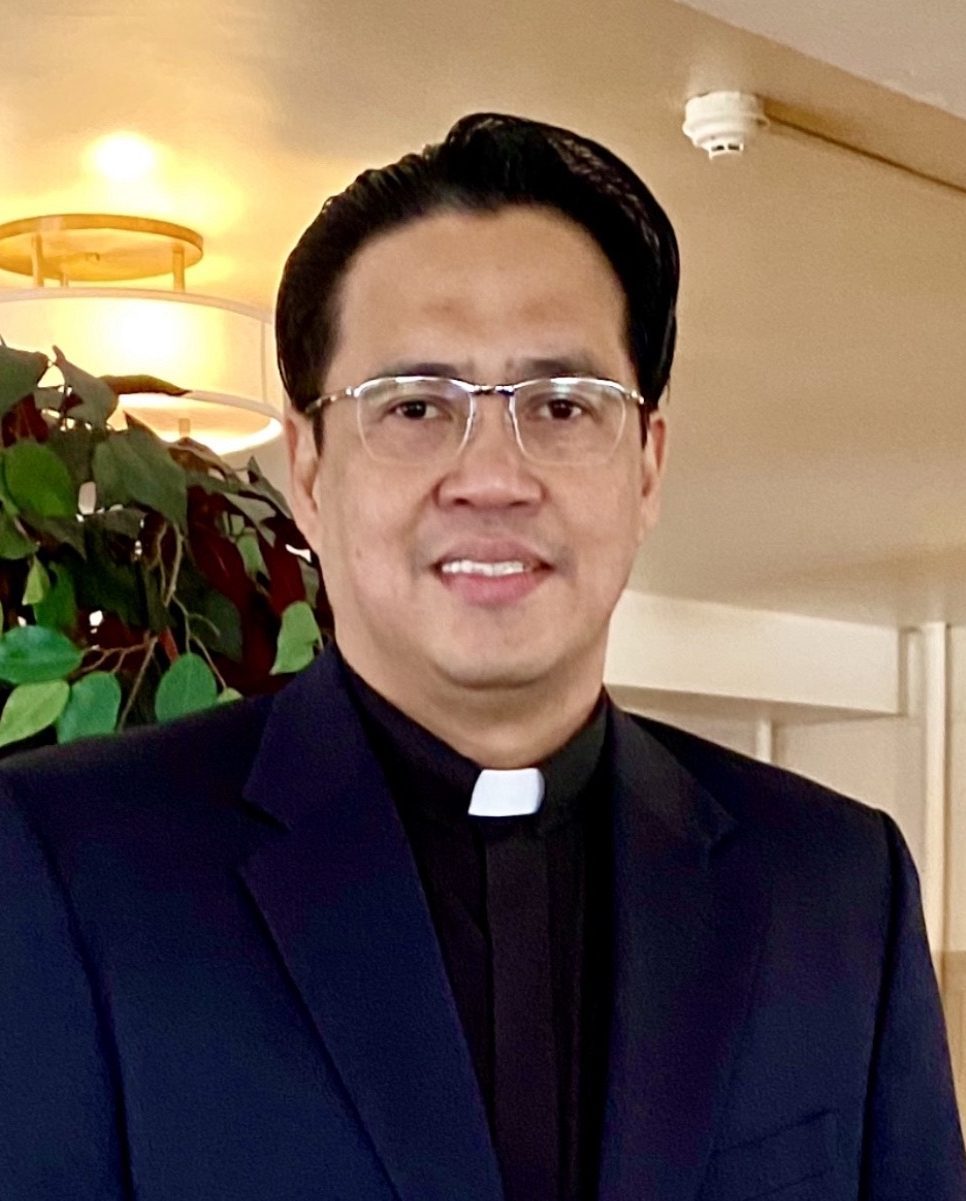 My name is Father MM Cerna. I studied at Mundelein Seminary and I am one of the Class of 2020 graduates. My full name is Jose Menemil P. Cerna; however, my family and friends have been calling me by my nickname, MM, since I was a child.

I was born and raised in Cebu, Philippines and I have been here in the United States for four years now since I moved in June of 2016. I got my American Permanent Resident Visa from the immigrant petition filed for me, way back in 2004 by my mother, Milagros P. Cerna, who is an American Citizen. I received it, together with my Green Card, in May of 2016.

My vocation to the priesthood started when my father was admitted to the hospital due to lung cancer when I was 11 years old. During the hospitalization of my father, many members of my family and friends and members of our church’s Charismatic Renewal Prayer Group prayed over my father and I also joined them. Eventually, my father died. After the death of my father, I became an active member of the Charismatic Renewal Prayer Group in our parish and became an altar server for two years. This was the beginning of my vocation to the priesthood. At that time, I already had a gut feeling that God was calling me to become a Priest. So, at that time, I had already decided to become a Priest someday.

But my plan to become a Priest was delayed for many years because I took a bit of a detour first. After graduating from college with a Bachelor of Science degree in Hotel and Restaurant Management, I worked in the corporate world for 14 years. I worked in a hotel for two years, then I worked as a Ballroom Dance Instructor (D.I.) for seven years, and then I worked as a Real Estate Broker for five years.

In 2009, I realized that the call of God to the priesthood still existed within me because it never went away during all those years. The call was so persistent. It might have gone away for a time, but it would come back, again and again, no matter how much I ignored it. My pastor was the first one who enlightened me that indeed I still had the calling from God when he saw me attending morning Mass every day in our parish. I divulged to him that it had been my desire to become a Priest since the time I was 11 years old.

After consulting with my family, I quit my job, and I applied to be a seminarian for our Archdiocese of Cebu, Philippines in order to pursue my plan to become a Priest. I was accepted and became a seminarian in Cebu, Philippines for five years. In 2015, I decided to transfer to the Diocese of Joliet because my American Resident Visa petition was about to be granted. I moved into the United States in June of 2016 after I received my American Permanent Resident Visa. I was formally accepted into the Diocese of Joliet by our previous Vocation Director, Fr. Burke Masters, and Bishop Daniel Conlon in July of 2016.

The Lord has continually affirmed my call to the priesthood, and I am filled with joy to be a seminarian and then a Transitional Deacon for the Diocese of Joliet. I have been serving at St. Walter Parish in Roselle, IL for three years now under the guidance of the pastor, Fr. Mario Quejadas.

I became so excited and grateful when I learned that after my priesthood ordination I would be assigned to serve as an Associate Pastor here at St. Raphael in Naperville. Thank you so much, Fr. Dan Bachner, Fr. John Honiotes, and to all of you for accepting me and welcoming me as your new Associate Pastor.

May God bless you abundantly!